We are pleased to announce the public release of a full TDE theme engine for GTK3! This engine allows GTK3 applications to use your current TDE widget style, creating a more unified experience across multiple toolkits. The source code is now accessible via TDE GIT, with binary builds for Debian and Ubuntu coming shortly.

NOTE: This engine is designed to work with TDE >= R14 and GTK >= 3.7, and is not available for the current 3.5.13.1 release. The GTK version cutoff was determined largely by the maturity of the GTK style engine, which did not provide many required style functions until version 3.7. Please note that GTK 3.7 contains several bugs which will have a detrimental effect on this style engine, and also that the engine itself is currently in an alpha quality state.

A screenshot of the GTK3 version of Glade running under TDE using the Plastik widget style is shown below: 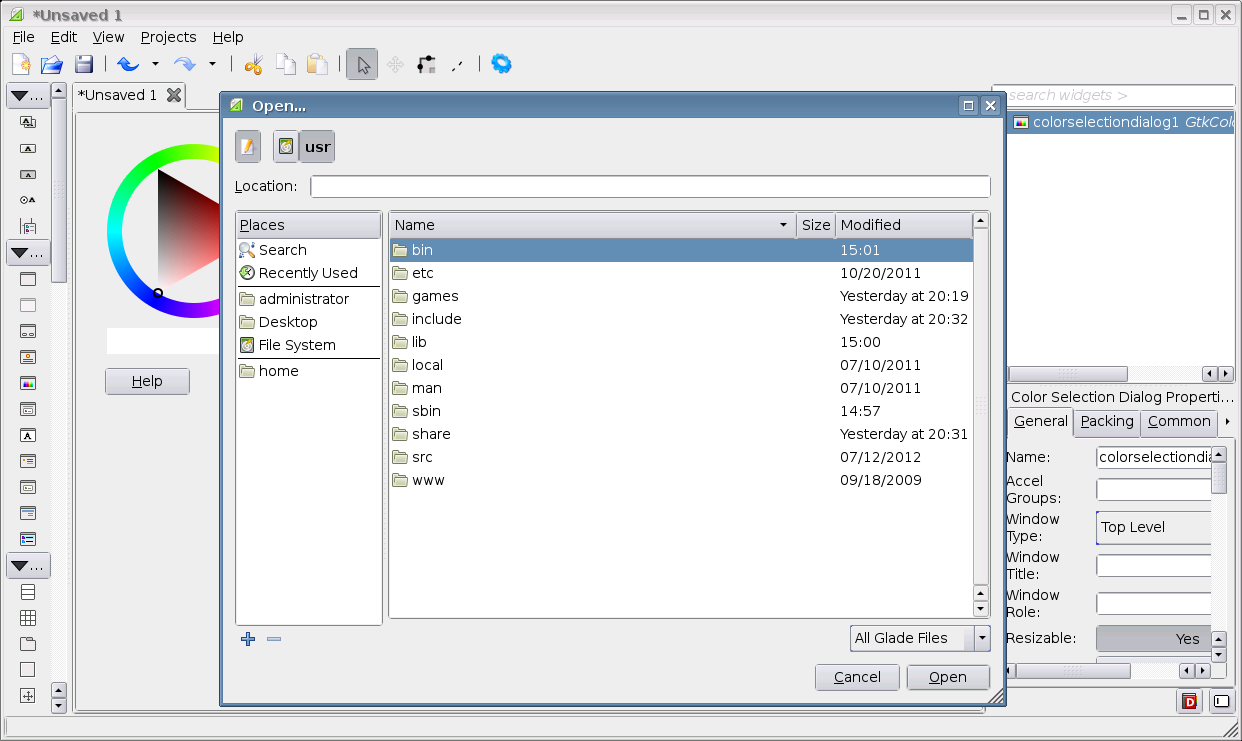 As always, if you like what you see please consider making a donation to the Trinity Desktop Project; your donations help keep the site online and allow more time to be spend on development work such as this new engine.