R14.0.1 is the first maintenance release of the R14.0 series, and is the result of several months of ongoing effort by the TDE development team. Maintenance releases are intended to promptly bring bug fixes to users, while preserving overall stability through the avoidance of both new features and major codebase re-factoring. 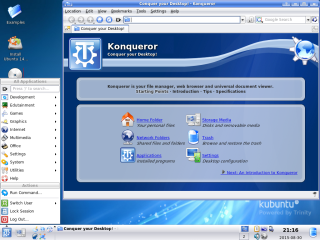 FreeBSD Support
TDE now has basic support for FreeBSD! Additional developers are always welcome to help port over the remaining features and applications. 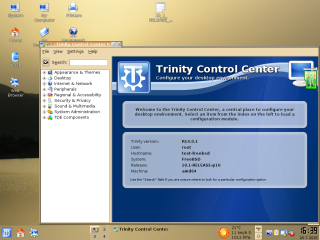 Live CDs with TDE R14.0.1 preinstalled are available on the LiveCDs page.